This Movember we have teamed up with the fantastic Ball Boys crew in aid to help them create awareness and education towards men’s health. It is a subject that is often not talked about but with just a little more knowledge we can help many, many men avoid illnesses like testicular cancer. Here is a story written by a father, whose son was diagnosed with testicular cancer.

George was 23 when he was diagnosed with testicular cancer earlier this year. This is an account of his journey written by his father. We hope that this powerful story will encourage all young men that read this to make checking their testicles for signs and symptoms of testicular cancer monthly.

My son George came back from the USA where he is working as a football coach last November (2014). He told his mum that he had a lump in his testicle. His mother made an appointment for him in early December to see a doctor who told him it was probably a cyst but would send him to the hospital just to be sure. We did not think to much about it and had a good Christmas. 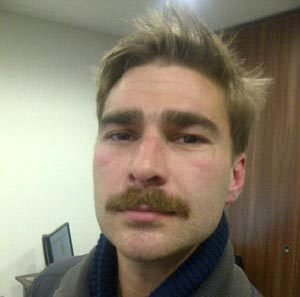 Mark and his mo (a bit of Ron Jeremy)

George and his mum went to the hospital in the new year and were told he had testicular cancer. This hit me like a ton of bricks especially as the doctor was concerned that he had probably had the lump for approximately 10 months and it was possible that the cancer could have spread.The doctor told him straight away that he should have had it checked himself sooner.

The doctor asked George if he had any questions and George was most concerned that he would lose his hair as he was growing it to be best man at his brothers wedding. Everything happened so quick this was a Wednesday and by the Friday he had an appointment at fertility clinic to donate his sperm On the Monday he had his operation. He had his testicle removed and we drove home that night with plenty of tablets. At the time he did not want to tell anybody (I believe this is a male thing as we don’t talk about things like ladies). 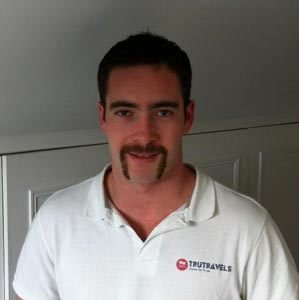 The next few days went by in a blur. We were just waiting to see if it had spread and his girlfriend Megan came over from the USA for a week and they went everywhere. He actually over did it and was in a lot of pain but thats George he has always been the life and soul.

On his Mums birthday (30th January) we went for the scan. We got the news we were praying for it had not spread. Within six weeks he was back in the USA coaching football. Everything happened so quick he came back for his brothers wedding in May. At that time he saw the specialist and everything was good. We travelled to Wales and had the party of all party’s, he delivered the best, best mans speech ever; his words were great. The whole family now know about his cancer and George knows it is important to spread the word as he will be involved with football and young people for years. 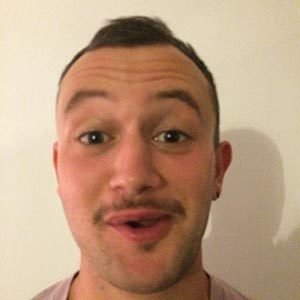 Ryan's Attempted Mo - He had more hair back then too :)

He is fine now. Although he has lost a lot of weight and still worries. Almost a year on and only now in the last few weeks he says he is feeling a lot better. His Mum, brother and me are going out to see him for Christmas. It affected us all as a family and if we can help to raise awareness or help any other families by sharing this story we are happy to share with everyone. 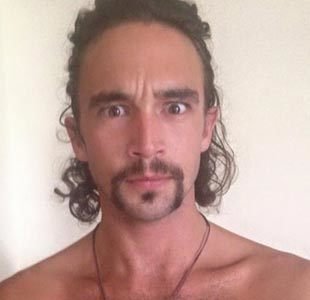 Last but not least... Luke

Are you thinking… how can the TruCrew help? Well, what we are able to do is help spread awareness via social media and help direct people towards BallBoys.org where they can then receive all the education on Men’s health they will need. We are also able to donate money to BallBoys.org to help them spread awareness further, so this Movember for every booking we receive we will be sending a little chunk of money over to Ball Boys. So if you were thinking of booking a tour, now is the time! 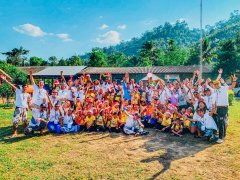 TruTravels Xmas Mission
X
Our website uses cookies to ensure you have the best possible experience and to deliver epic content specific to you. We also share info about your use of our site with our social media, advertising and analytics partners. By continuing to use our awesome website, you consent to our us of this technology. Have a read of our Privacy Policy to learn more.
I'm OK with this Cookie Settings ?