Picture this, two very ordinary guys, Joe & Mark, having lived the dream travelling and working overseas for much of their early 20's, were back in the UK stuck in boring jobs, tedious work, long hours and infuriating commutes. After a couple of years of this was enough of the rat race and they swapped their pinstripe suits for a shot at freedom, some shit shirts and a crazy, shared idea.
TruTravels. 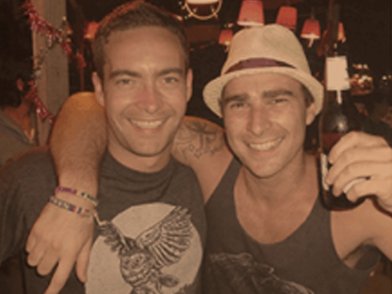 In August 2012 they quit their shitty jobs and started a travel company with absolutely no idea what they were doing... Somehow just working their nuts off to show people the time of their lives in amazing places seemed to be working. Tru trips started gaining a pretty decent reputation and the word of mouth and amazing feedback from our beloved TruTravellers led Tru to grow pretty quickly and expand into other beautiful destinations. 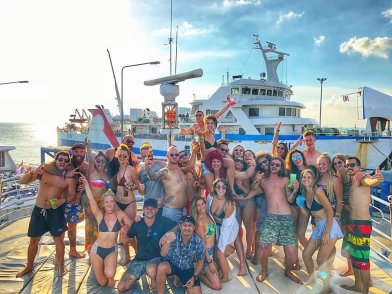 More time went by and Mark & Joe found themselves surrounded by some of the most amazing people in the world who also seemed to be having a bloody great time on this incredible journey. These people became what is now known as the TruFam. Seriously, they are some of the best humans who have ever graced the planet earth. Maybe even better then some types of dinosaur too. Just ask the people who have travelled with them, or worked with them, or even just frikkin met them.

Anyway, at some point we got a bit grown up, got offices & business cards and stuff (but not suits, I said a bit grown up) and all of a sudden, the TruFam had shown thousands of young travellers the experience of a lifetime, visited tons of beautiful destinations, and proved that with the right attitude, ethos and beliefs, we can use travel to make the world a better place.

What started as just one trip to Thailand now covers 16 countries across Asia, Europe & Latin America. That expansion has been fuelled by a bunch of brilliant weirdos who believe that what we do here at Tru is much, much more than just travel; we change people’s lives and we have fun doing it.

Anyway, enough about us. Your adventure awaits...