Croatia, ey? We’re going to forgive you for conjuring images of dreamy sunsets, sailboats bobbing gently off the stunning coastline and castle fortresses literally straight out of Game of Thrones. What if we told you that the most breathtaking part of Croatia is actually an hour inland? Don’t get us wrong, spending a week sailing the Adriatic coast is bliss but for those who want to go a little further, a little deeper into this dazzling country, a handsome reward of Plitvice National Park awaits you. 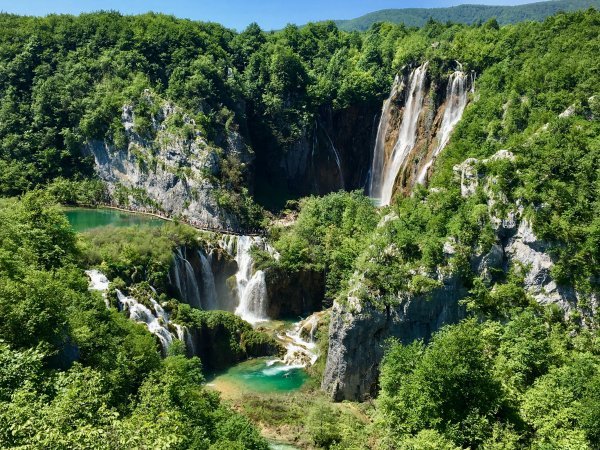 Ok, how do you pronounce Plitvice?

Let’s get the big problem out of the way, how the Hell do you pronounce ‘Plitvice’. It’s a bit more subtle than you think but not a tongue twister - ‘Plit-vitsa’. Simples. While the national park itself, founded in 1949, measures 295sq.km but it’s the Plitvice Lakes that we’re here to see. F*ck it, we’re saying it and sorry to Iceland for this but, welcome to the most beautiful waterfall anywhere in Europe.

Absurdly vivid greens and blues burst through the 133-metre cascade as strikingly as the 16 lakes themselves, each connected by and an endless flow of rushing water (sometimes known as a waterfall, shocker). What did the Croatian waterfall say to the face? Slap! More specifically Veliki Slap, which translates into the ‘Great Waterfall’ This big beauty unsurprisingly the biggest of the falls, located at the bottom of the Lower Lakes and plunges 78 metres. It is too mesmerising for any photo to it justice, but you’ll try your best anyway. This place was made for Instagram, but perhaps more so your own actual eyes. 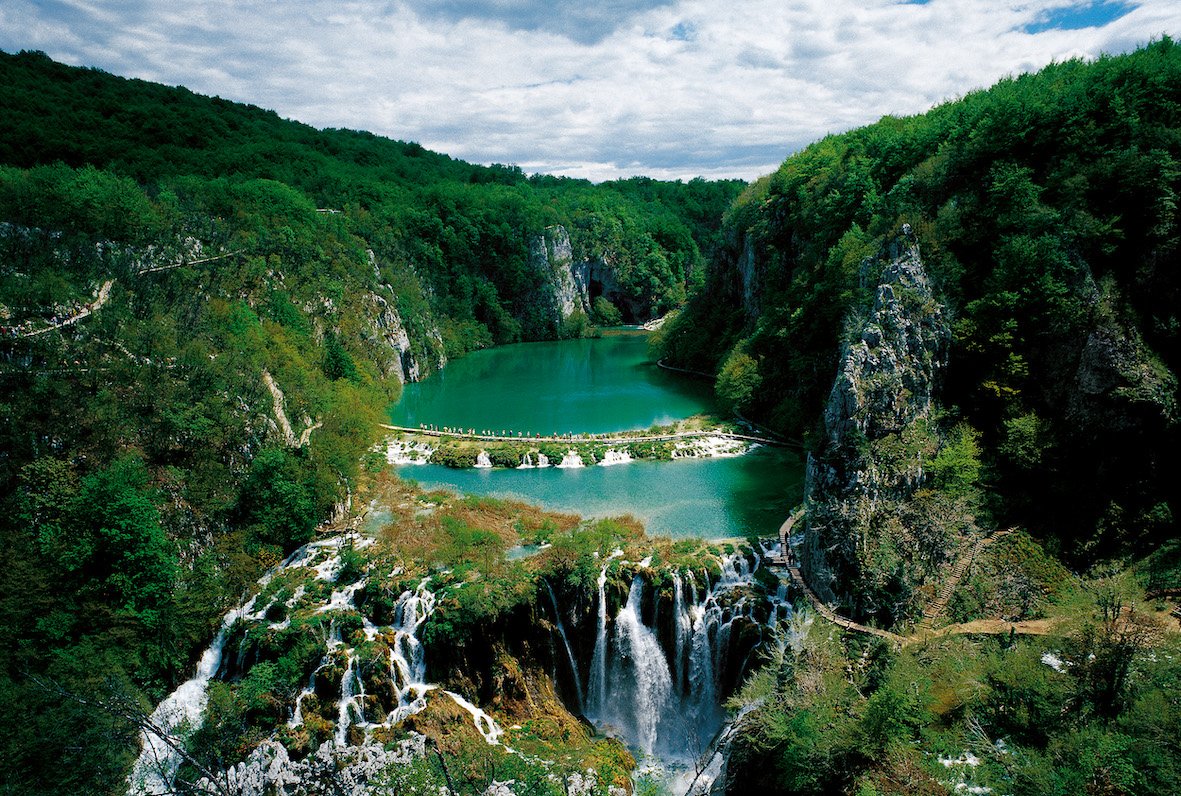 When is the best time to visit Plitvice Lakes?

The Lakes are open all year round but for those in the know (aka the TruCrew), the common wisdom is that visiting is best at the start till the end of the summer (May-Sept). This time of year creates a setting so lush you’ll think you’ve fallen off the Earth and landed on the set of Avatar. My god the colours! The use of filters in Plitvice, is frankly offensive.

While that might be the best time of the year to visit Plitvice, we hate to admit you all may have missed out on the sickest day Plitvice has ever seen. The TruCrew have been able to work 16 hour days lately, having this Disclosure set above the Lakes playing on repeat. VIBING!

How do you get around the park?

One thing to bear in mind when visiting Plitvice Lakes is the different climate compared to the coast, caused by the Velebit mountain range sandwiched in between. It’s wetter here than by the sea, \it’s also not uncommon to see snow in the winter months, it’s own brand of beautiful albeit absolutely Baltic, in the Baltics. For the TruCrew though, summer is the winner!

Plitvice Lakes has two entrances, creatively named Entrance 1 and Entrance 2 which lead onto seven different hiking routes from a serene 3.5km stroll to an 18.6km route that’ll bring you through the entire lake area. Our favourite route is the 8km one, crossing the stunning Kozjak bridge to the far side of Kozjak Lake (the lowest of the lakes and where you’ll get crazy views of ‘the Slap’).

Do's and Dont's of Visiting Plitvice 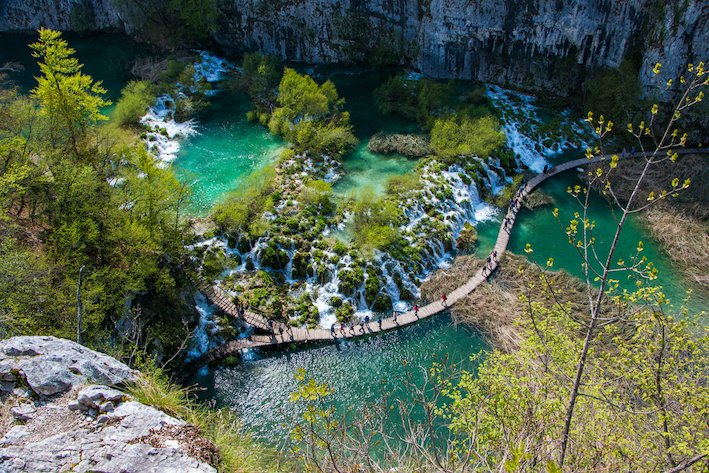 Bring some water, you'll thank us later ;) 30-degree temperatures are pretty much a guarantee throughout summer.

Don’t jump in any of the lakes, sounds self explanatory but ya never know! If you did might get in some heat with the Plitvice Po-Lice. The terrain isn’t exactly the side of a Himalayan mountain but it’s got enough about it for you to need runners. As for the lack of swimming, we get it, it’s a bit of a bummer but it’s one of the reasons the water is so pristine and it’s also a reservoir for drinking water so no one wants to be downing your second-hand sweat!

This isn’t to say you can’t swim closeby. The lakes may be off-limits but the Korana River flows into the lakes a couple of kilometres upstream and there, on the other hand, is a free for all! There’s even a little ladder the locals installed that you can use to dive off into the river, nice! The other Do's involve practically everything else. Take all the pics, race each other across Kozjak Bridge and join us on our Croatia Explorer for these epic days and so much more!

If you have any questions feel free to drop us an email at info@trutravels.com or hit us up on our live chat!

Top 7 Destinations To Visit In 2021
X
Our website uses cookies to ensure you have the best possible experience and to deliver epic content specific to you. We also share info about your use of our site with our social media, advertising and analytics partners. By continuing to use our awesome website, you consent to our us of this technology. Have a read of our Privacy Policy to learn more.
I'm OK with this Cookie Settings ?